Poseidon, god of the sea

Lately I’ve been listening to audio-books via Storytel whilst crocheting. I was very impressed and inspired by Mythos, by Stephen Fry. In a compelling way, he tells you all about the Greek gods and their adventures. A very complicated family if you ask me!

First there were Uranus, the sky, and Gaia, the earth. Their youngest son, Cronos, overthrew his father and together with his sister Rhea took the throne of the world as king and queen. As he was afraid to be overthrown by his own offspring in turn he devoured all his children (Demeter, Hestis, Hera, Hades and Poseidon) as soon as they were born. Huh, what did he do? Yep, he ate them all!!

When the sixth child was born (Zeus) Rhea tricked Cronos into eating a stone instead of his son. Zeus was kept hidden and when he’d grown up, he got help from his grandmother Gaia to free his siblings by forcing Cronus to disgorge the contents of his stomach in reverse order. And they all survived! What an amazing story!! Yay Zeus!

After surviving this ordeal, Poseidon had more luck later in life when he received the sea as the world was divided by lot in three. By the way, Zeus received the sky and Hades the underworld.
Poseidon was a major civic god of several cities.

According to the stories, Poseidon created new islands and offered calm seas. He had a mean streak though, if you offended or ignored him, he supposedly struck the ground with his trident and caused chaotic springs, earthquakes, drownings and shipwrecks. As you can imagine, sailors prayed to Poseidon for a safe voyage. Trying to please him even more, they sometimes drowned horses as a sacrifice.

When designing this market bag using the shell stitch, I thought it was appropriate to dedicate it to this god of the sea, Poseidon. After all, they’re only stories..
A set of seven double crochets forms a shell. The shells are bigger than normal and they are placed on top of each other instead of alternating like the classic shell stitch.
Nothing complicated, you just need to know how to make a chain and a double crochet.

The bottom consists of only half double crochets, which I love, because they work up incredibly fast. And let’s be honest, the bottom is the boring part. Yes, I said it haha.

As it is one of my favourite yarns for market bags, I used Drops Muskat, an excellent mercerised Egyptian cotton. It has a glorious sheen and is super strong and durable. It comes in 40 different shades and is machine washable. Most importantly, cotton is a natural product and completely biodegradable.

The Rainbow market bag Today Pride Amsterdam kicks off. I’m very proud that my city hosts this event and has done so for...

I’ve been designing crochet market bags for a while now and I decided to up my game a bit. The bottoms of my... 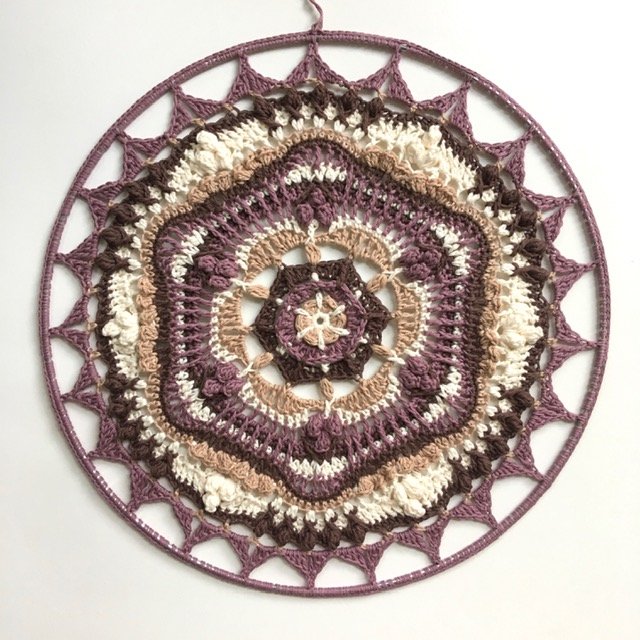 Hi! This is part 4 of my 1st (mini-)CAL! I always love joining a mini-CAL so I’m really happy tot contribute to this...

Don't be a square